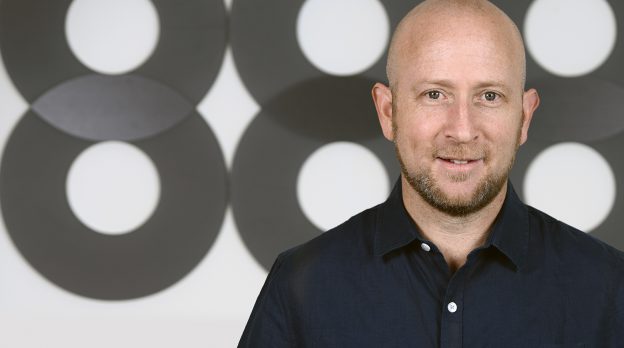 The Gaming Intelligence Hot 50 is celebrating 10 years but 888 Holdings chief executive officer Itai Pazner will celebrate his 20th year at the company in 2021. Pazner talks about Hot 50 colleagues past and present, and how they have contributed to the company’s success

888 has a tradition of inviting employees out to dinner with the CEO when they celebrate 10 years at the company.There is something about 888’s culture that means these dinners are not uncommon. However, with restaurants closed during this most unusual of years, Pazner has taken to inviting employees to his home for the anniversary feast.

“It is something quite unique about the company. It is part of the DNA, a family-like feeling that people feel comfortable with,” says Pazner.

He says this employee longevity is not limited to the Israel HQ. There are employees in Antigua that have been at the company even longer than he has, while even newer offices such as Romania have veterans that have been there since it was launched eight years ago.

Most don’t reach 20 years but Pazner has, watching 888 grow through three phases. The first saw the founding fathers “set the DNA of the company” as they guided it through to initial public offering in 2005.

The majority of the founders left after the IPO and external managers were brought in, ushering a second phase. This caused some “disruption”, as did the closure of the US market after the Unlawful Internet Gaming Enforcement Act in 2006, which took away 50 per cent of the company’s revenue overnight.

Frieberger and Mattingley forged a tight-knit new executive team that would guide the company through most of the next decade. Pazner (Hot 50 2014) was made head of B2C, Hila Klein (Hot 50 2014 and 2017) became head of product technologies, Yaniv Schwartz (Hot 50 2015) was initially head of Dragonfish and then director of compliance, and Yaniv Sherman (Hot 50 2014) was appointed business development director.

“From there started a new positive business cycle that is thankfully lasting until today,” comments Pazner.

In his first interview after taking over as chief executive officer in 2011, Mattingley memorably delivered the line: “We are no longer going to be chasing dreams.”

He added that he invested a significant amount of money in the company at flotation and wanted to “get some of that back”. Mattingley became chairman in 2015 with Frieberger becoming CEO. He will leave next year (when Jonathan Mandlesohn takes over as chair) with mission pretty much accomplished. In 2011, the share price was just 30 pence. Today it is up some 770 per cent at 265 pence.

Pazner took over from his good friend Frieberger as CEO in January 2019. 888 had endured a difficult 2018. Caught in the eye of the regulatory storm in numerous markets, the share price had slumped to 175p at the time of his appointment.

The company has overhauled its Orbit casino platform, released new poker software in the shape of the revitalised Poker 8, and is about to unleash its Spectate sports betting platform after re-purposing the BetBright platform acquired for £15m in March 2019.

Spectate was launched in Ireland in November as a test-ground for its rollout in the UK during November and December. The sports betting platform will gradually replace the Kambi platform, which has served 888Sports for the past seven years, in all markets. Pazner is pleased with the technology but also with the team that has stayed intact since the acquisition and added much-needed “bookie DNA” to the company’s gaming expertise.

“Our existing [Kambi] platform is great but we want to make it even better. Sports isn’t a marginal category for us; we’re already doing over $100m and it’s been growing over the last eight years. But we see huge opportunity to grow even faster which is why we made the acquisition and why we’re investing in it.

“Our ambition is to have a tier one sportsbook with the 888 product vision in it, which is a bit different from other companies.”

One of the Pazner’s strategic goals has been to create a company with “product-centricity” and “consumer-centricity” as core values. That has been the case throughout the past 10 years, as former product chief Klein’s presence in two Hot 50s attests.

Head of poker Hili Shakked appeared in the very first Hot 50 on the back of the release of 888’s Poker Six software, which propelled the company from around 16th in the poker liquidity rankings to third place behind PokerStars and Full Tilt.

That rise was assisted by the twin behemoths’ struggles after Black Friday and its initial success will be hard to replicate with the new Poker Eight software. However, poker became 888’s most popular product during the first lockdown and the release of Poker Eight on the eve of Europe’s second lockdown will give it every chance.

“As a company that puts owning technology and products at the core of its values, we have to make sure that our products are top of the range products that keep challenging the industry.”

The ambition is simply “to bring poker back to growth”. Pazner says Poker Eight will address the reasons why online poker has declined so badly over the past half-decade – smaller liquidity pools, product neglect (while everyone focussed on more successful products), and introducing a level playing field for pros and amateurs alike.

“We went back to the sketchboards and started rewriting the entire philosophy of what a poker product needs to look like to cater to the players who are coming in now – millennials and 20-somethings, not those who were playing in 2001 and 2009. Their expectations of a mobile product are completely different from those who grew up in the poker industry.”

This was a balancing act as 888 did not want to alienate its existing player base. But Pazner says online poker needs new players. Changing a lobby that looked like an Excel spreadsheet and creating a product that worked in portrait mode were key. In addition, new formats such as Blast will hopefully create a more level playing field.

In addition to all that product improvement has been the continued refinement of its compliance functions for regulated markets under Schwartz’s direction.

“He built a new compliance division in the company and that became an essential part of the business and today is embedded in everything we do,” comments Pazner.

All of these improvements have helped and the result is a 37 per cent boost to revenue during H1, although Pazner acknowledges the role lockdowns have also played. The attendant 133 per cent increase in the share price since February has done his job security no end of good.

While Pazner followed an almost identical route to the top as his predecessor Frieberger (head of B2C, COO, CEO), Kushnir comes from a very different background.

“She is a different type of COO which is more about cross-working in the organisation. She helps myself and the management progress with all of the shared projects and strategic agendas that we want to promote,” explains Pazner. “It is more of a collaborative role.”

Former Morgan Stanley analyst Lewis joined Sky Betting & Gaming in a similar role in February 2017. He has experienced Sky’s acquisition by The Stars Group, and the latter’s combination with Flutter during three eventful years. He will be 888’s first chief strategy officer with responsibility for investor relations and, more intriguingly, M&A.

Pazner set the cat among the pigeons when he declared an interest in William Hill’s non-US assets during an investor’s call earlier in the year and he cannot be drawn into the subject again. He will need to outbid investment firm Apollo Global Management, which has declared an interest and probably others, but the combination makes sense.

“M&A is an important part of what we do,” says Pazner. “We tend to use acquisitions to complete strategic areas that we want to grow into. We have not done any transformational acquisition yet but we cannot be accused of not trying.”

He says it will happen sooner or later. So too, will progress in the US, which has been slow for 888 despite it launching in New Jersey and Nevada way back in 2013.

The company has been distracted by, among other things “creating a new standard of operation, which fits within the regulatory framework of our core market, the UK”, and all the product upgrades we have talked about.

“We have prioritised existing business over new business,” says Pazner. “America is now a top priority.”

Firstly, the new technology stack needs to be imported into the US. It is currently operating with the platform it launched with in 2013. It does not have Spectate or Poker 8 and it has an old version of Orbit. Pazner describes the upgrade as the company’s biggest current project.

With business development chief Sherman (Hot 50 2014) now permanently based in the US, he will be given all the tools he needs to win back a place in the Hot 50 in 2022.

Once the technology project is complete, Pazner is confident Sherman will be announcing new licences in states that they see as viable. He believes that within two to three years, 888 will be operating in 40-50 per cent of the addressable market.

“We see it as a massive opportunity,” he concludes. “There is no reason for 888 – with the products that we have, with the marketing knowhow that we have and the operational knowhow in regulated markets – to not be successful in the markets we choose to be in in the US.”