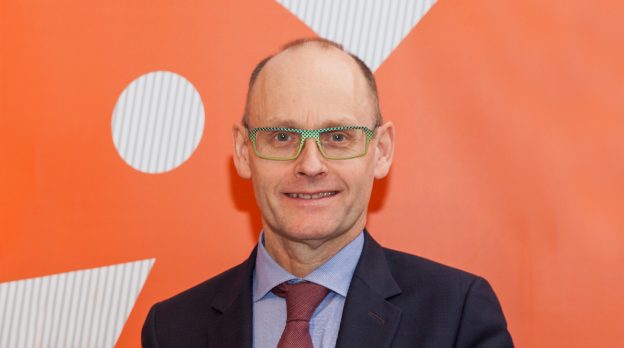 Betsson Group chief executive Pontus Lindwall looks back at the humble beginnings of Betsson, Cherry, NetEnt and Evolution Gaming and recalls working with the Gaming Intelligence Hot 50 stars who link them

“My whole idea was to create a company with 10-15 people, which could provide me with an income,” says Betsson Group chief executive officer Pontus Lindwall. “It was hard to paint these big dreams when hardly anybody was using the internet at the time.”

He is talking about NetEntertainment (now NetEnt) the company he founded in 1996 with backing from then-employer Cherry and investment house Kinnevik, which Lindwall thought might be a useful ally given its role in breaking up the television and telephone monopolies in Sweden.

“I was a little bit humble with ambitions. I believed in it a lot from a technical point of view but it was difficult to predict how big this market was going to be.”

Lindwall grew up with gaming. His father co-founded Cherry in the 1960s with Per Hamberg, Lars Kling and Rolf Lundström.

“My father’s only advice was ‘don’t go into the gaming industry, it is too much under political control’. And now I understand what he means,” jokes Lindwall.

Lindwall senior had left the industry by the time his son had joined it. He needed a job after studying technology at University and Cherry handed him a role. Hamberg, who passed away in 2019, became a mentor for young Lindwall junior and it was a role he would fulfil for plenty of others.

“He always believed in technology,” says Lindwall. “He was in San Francisco in the 1970s and saw Silicon Valley take off. He was one of my supporters when I founded NetEnt and needed funding.”

Some of the other board members at the time just saw the internet as a passing fad that would cost them lots of money. Hamburg’s son Peter became a board member of NetEnt in 2007 and the Hamberg family together with the Knutsson family, the Lundströms and the Kling family “have been around this group forever as shareholders, board members and general supporters,” says Lindwall.

“When companies have problems or tough times, then it’s really good to have supporting shareholders who don’t leave you alone. They stand behind you and understand the business and for that reason they can hang in there and support – both mentally and financially.”

“It has been good for us. As a company, it is a good asset to have. Some of the other capital that flies around, the institutional capital, tends to drop off when the winds change.”

A smashed beer bottle and a piece of paper

Lindwall would go on to become Cherry chief executive in 1998 and it was not long before he met a young Morten Klein. (Much later the pair would feature in the very first Gaming Intelligence Hot 50 in 2012.) The big Norwegian tells us his own tale.

He was working in a nightclub in Oslo in the early 1990s. Driving home from work at 6am one morning, he stopped outside a bar and a bottle came flying out of the door and smashed into his car. The owner came running outside, apologised for his “crazy ex-wife” throwing the bottle and asked Klein to come back the next day and they would sort out the damage done to the car.

The next day the bar owner and Klein got talking. After finding out that Klein was involved in the same business, the owner admitted he was tired of doing it himself and handed Klein the keys to the bar.

“In one meeting, I had the keys to the bar and the next day I was running my bar,” says Klein. A few years later in 2000, a salesman from Cherry sold Klein a slot machine for the bar. It was not long before Klein realised the slot machine was making more money than the drinks. Klein quit the bar business and joined Cherry as a salesman for Norway.

“I noticed that Cherry was doing online gambling with a brand called Euroslots. I met Pontus, who was CEO at the time, and I was fascinated with online gambling,” continues Klein.

He was not the only one. Back in Sweden, three young entrepreneurs strode into the Cherry office with a business proposition.

“When they came to us in 2002,” explains Lindwall. “Betsson was really just an idea on paper and three guys.”

Those three guys were Anders Holmgren, Fredrik Sidfalk and Henrik Bergquist. All three would be hugely influential figures in the development of Betsson and indeed, several other gaming companies. Holmgren would later become a chief executive of Cherry and a board member of Cherry-owned Yggdrasil, while Sidfalk and Bergquist went on to co-found Mr Green with Mikael Pawlo (Hot 50 2013).

The three guys worked hard to establish the Betsson brand and in 2005, Cherry acquired it from the owners having assisted with financing from day one. It soon became Cherry’s biggest consumer brand.

Betsson’s success was so pronounced that Cherry assumed the Betsson brand as the name for the group of companies, which now comprised online operator Betsson, systems supplier Net Entertainment and land and sea-based operator Cherry.

Later that same year, it was decided to split the three companies by distributing Cherry, Betsson and NetEnt to their shareholders during 2006 and 2007.

Meanwhile, back in Norway, Klein was made country manager for Cherry. The company sold 19,000 slot machines in Norway but in 2006 the Norwegian government banned the machines. Klein spied an opportunity to produce the same type of slot machines online with a local brand called Norgesautomaten.com.

“The guy from Cherry came and said ‘I’m sorry Morten online gambling is global. We don’t believe in local brands with local products’,” explains the man who would later become Cherry chairman.

Klein was insistent. In fact, he was so insistent that he was fired.

So Klein called Lindwall and explained that despite being fired he really wanted to launch this new online gambling service for Norway. Klein would get the financing and do the local marketing, Betsson would provide a white label of its online casino and NetEnt provided the games.

It was agreed and Norgesautomaten.com went on to become a massive success with aligned brands launched for Denmark and Sweden – Sverigeautomaten.com and Danmarksautomaten.com.

It was such a success, in fact, that after Cherry split from Betsson and was looking to launch its own online gambling sites, it called on its former employee in Norway.

“That was the starting point for a new era of their online business,” says Lindwall.

The companies and the characters that run them have remained close. Lindwall continues to sit on the board of NetEnt to this day and was on the board of Cherry until it was bought out by Bridgepoint Capital in 2019. After Cherry acquired Betsson, Holmgren stayed on when Sidfalk and Bergquist departed to launch Mr Green. He enjoyed a spell as CEO and later, after Cherry had added online operations to its land-based portfolio, he took charge of Cherry too.

By the time that he did, Klein had become its more influential shareholder and eventually its chairman. He would go on to re-launch Cherry very much in the image of its old self – with ComeOn as Betsson, Yggdrasil as NetEnt and with an affiliate company GameLounge to boot.

And Klein has not been shy of drawing on the resources of his former colleagues. Yggdrasil was launched by former NetEnt head of account management and interim CEO Fredrik Elmqvist (Hot 50 2015).

While many of these entrepreneurs have gone on to launch new ventures, as entrepreneurs do, a fair amount of them have stayed or moved from one part of the Betsson trinity to another.

Lindwall explains: “There is a little bit of the culture, which believes in these kind of people and supports them and puts them in an environment where they have the ability to succeed and later on, harvest from that.”

Klein agrees: “When I started to learn about the iGaming business, meeting people like Pontus and especially, Per Hamberg, who became a mentor to me, these were very open people. Even when they fired me in 2006, I could have taken my own product to whoever but I really wanted to prove to Per Hamberg and the people in Cherry that I was correct.”

It was Hamberg who encouraged Klein to call Pontus and it was Hamberg who committed the first €100,000 to Klein’s new venture. Klein has been similarly impressed by all of Cherry’s founding shareholders.

“I really love this company. I love their way of thinking. I love their attitude. But most of all, their knowledge, since they have been doing this since 1963, is amazing,” continues Klein. “I am very proud of Cherry and it remains close to my heart whatever happens.”

There are two other NetEnt and Hot 50 alumni who are about to become a very important part of the story too. Evolution Gaming is in the process of acquiring NetEnt for SEK19.6bn (€1.86bn). Before Evolution Gaming became the colossus it is today, before it even became Evolution Gaming, it was known as Live Gamble.

In 2001 after the dot.com crash, Live Gamble was struggling and its founders Jens von Bahr (Hot 50 2012 and 2015) and Fredrik Osterberg (Hot 50 2015) sought refuge with a more stable employer. That employer was NetEntertainment. They worked as salesmen for NetEnt and kept Live Gamble on the back burner before returning to it a couple of years later.

“They have had an incredible journey, which I think is unheard of,” says Lindwall. “They had that entrepreneurial spirit long before they came to work with me.

Lindwall also praises the qualities that Evolution’s current chief executive Martin Carlesund (Hot 50 2017) has displayed since being appointed to the job in 2015.

“He has done a terrific job for Evolution,” says the Betsson CEO. “It is about execution and being in the details. He is an impressive engine.”

And so, things come full circle for NetEnt, Evolution and Lindwall, as they have done for Cherry and Klein. They have enjoyed the ride, and one senses they will both be there for a few more years to come.