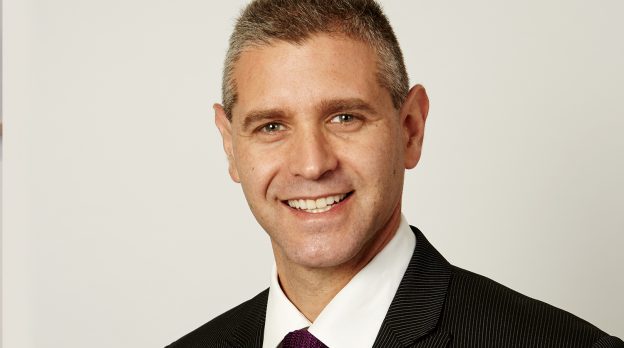 MOR WEIZER ON PLAYTECH’S DECADE IN THE HOT 50

Playtech staff have appeared more times in the Gaming Intelligence Hot 50 than those from any other supplier. Chief executive officer Mor Weizer is thrilled to talk about them

From Aaron Johnson, Shay Segev, Shmuel Weiss and Mor Weizer himself in 2012, through to Simo Dragizevic and Ian Ince in 2020. The first decade of the Gaming Intelligence Hot 50 reflects the story of a decade in which Playtech became the most successful iGaming supplier on the planet.

Chief executive officer Mor Weizer has been there throughout the journey. Along with Bet365 joint CEOs Denise and John Coates and Quickspin CEO Daniel Lindberg, he is the only CEO to have remained in the same role. Quickspin, of course, was later acquired by Playtech but we’ll return to that topic later.

“I’m not here for a line on my CV,” says Weizer. “Playtech is a great company and I want to help cement it’s greatness. We have been turning it from a small wannabe start-up, to a medium-sized start-up to a big-sized hi-tech company that still wants to remain a start-up, to what it is today. It is a privilege to still be here and to continue to drive it forward.”

Weizer is in ebullient form as we talk about colleagues past and present. It is a rare opportunity to share war stories and warm-hearted memories.The people of Playtech mean everything to him and he is clearly proud of every single one of them.

“My second home is Playtech,” he tells us from his actual home in Tel Aviv. “My wife argues that it is my first home. Or it feels to her like this is the case sometimes. I am surrounded by 6,000 amazing people. I describe them as my family. I address them as my family. We try to create this family atmosphere and environment.”

He is as fond of those who have left him as those who remain, but what he is most proud of is the culture of Playtech that has endured right up to and throughout the difficulties the company has endured dealing with Covid-19.

“I was so impressed with the level of passion and commitment and dedication of the people at Playtech,” says Weizer, “especially when he had to ask them to make salary sacrifices”. Weizer was on the defensive and apologetic when announcing the cuts. He said it was one of the toughest things he has had to do during his 15 years at the company but his employees all stood by him and supported him. He is enormously thankful.

“I was so impressed with the level of commitment and the contribution our people made to the local communities they live in during Covid-19,” he continues, “that it is something that will showcase the difference between companies like Playtech – and I realise we are not the only one – with strong culture and the right DNA and other companies that are mainly driven by commercials and financials.”

From alumni to acquired

“If you look at the Hot 50 each and every year, you will see a correlation between the names of the people and the growth of Playtech,” notes Weizer. “The names reflect the journey Playtech has followed.”

The very first Hot 50 in 2012 contained the names of Weizer, Aaron Johnson, Shmuel Weiss and Shay Segev. This was old school Playtech. Johnson and Weiss would later join founder Teddy Sagi in his post-Playtech ventures. Segev played a massive role in its transformation into modern Playtech.

Weizer positively glows when talking about Segev and Playtech’s other most illustrious alumni Rafi Ashkenazi, who recently stepped down from his role as chief executive of The Stars Group. The pair are the Hot 50’s most decorated individuals with four appearances apiece.

Ashkenazi recently told Gaming Intelligence that Playtech is like the “University of Gaming” for people like himself and Segev. Weizer smiles at the reference: “It’s okay for him to say that. If I was to say it, it would sound quite arrogant.”

Ashkenazi and Weizer were a tight-knit team. The former being the latter’s right-hand man alongside the chief financial officer of the time, David Mathewson. In 2006, Weizer recruited Segev. He worked alongside Weiss at Videobet, before succeeding him as CEO of the server-based gaming subsidiary, and then he succeeded Ashkenazi as Weizer’s second-in-command and COO of the Playtech group. He would go on to become COO of GVC Holdings and was eventually named chief executive, when longstanding CEO Kenny Alexander retired.

“It was amazing to see Shay grow from an executive to a senior executive and then when he realised I wasn’t going anywhere, he left for a spell at Gala Coral before joining GVC. He is one of the most talented people working in the industry and it was fantastic to see him as CEO of GVC.”

“We created a culture and a DNA that allows people to grow within the organisation. It is a microcosmos of the industry,” continues Weizer. “If you look across the industry you will find a lot of Playtech talent – both at start-ups, some of which we have gone on to acquire, and at B2C operators.”.

Weizer says he knew Adi Dagan (Hot 50 2018) when he was in the army. He was at the bachelor party of Dagan’s brother-in-law and was so impressed by him that he told him to give him a ring when he finished his spell in the forces. He spent three-and-a-half years as an account manager and product manager at Playtech, before going on to launch a string of start-ups, one of which was data-driven marketing company Beehive, which Playtech acquired in 2019.

That very first Hot 50 also contained two executives at companies that Playtech would later acquire – Lars Widmark, the chief technology officer of Mobenga, and Quickspin CEO Lindberg. The slots supplier had not released a single game when Lindberg was named in the first Hot 50 with a write-up that said: “Lindberg’s track record [at NetEnt] and penetrating strategic vision suggests a hot new arrival among casino games suppliers”.

“You identify talent when you see it,” Weizer tells Gaming Intelligence. “He is a talent, no doubt. When it comes to content, he is one of the most talented in the industry – absolutely unbelievable.”

The second year of the Hot 50 honoured Shimon Akad, who succeeded Segev as chief operating officer and remains the man who makes the company tick today. It also featured two acquired CEOs in the shape of Ash Gaming founder Chris Ash and Mobenga founder Christian Rajter.

“Many, many times we decided not to pursue an M&A because the people would not fit within Playtech or did not seem genuine. Playtech has a certain DNA and with every acquired company we tried to find the balance between allowing these entrepreneurs to be entrepreneurial but to fit into the overall group.”

While Rajter left after his earn-out to pursue other entrepreneurial adventures, Ash was an important figure at Playtech for some time. He led the content strategy for Playtech, managed its gaming platform (what was the previously acquired GTS) and advised on several M&A transactions.

“When I met him he was shy and humble and one of the most talented guys in the industry,” says Weizer. “He was so genuine and so down to earth that I thought he was exactly the sort of person that we should have in Playtech.”

He has gone on to helm another content studio in the shape of 4ThePlayer.com.

“I told him I will follow him everywhere. If he says it is a good company to invest in then Playtech will seriously consider investing in it,” Weizer says with a smile.

Companies such as Quickspin, Ash Gaming, Rarestone Gaming and Eyecon have retained their identities within Playtech, while others such as Mobenga, Geneity and BGT have become Playtech Sports and Virtue Fusion has become Playtech Bingo.

“It makes sense to rebrand when it is a product,” explains Weizer. “Companies tend to have one product – one bingo product, one sports product, one poker product. But when it comes to content, operators want variety.”

Weizer also believes that maintaining the identity of the studio is an important factor in maintaining the atmosphere that makes them creative. You do not want to drown that creative spirit in the processes of the larger organisation.

That strategy has been mimicked by aggregators such as iSoftBet, Relax Gaming and Scientific Games, while even old rival Microgaming has its own stable of independent studios.

If you look at the history of Playtech in the Hot 50, you can see how the industry has developed. Consolidation is clearly a massive theme, with the likes of BGT Sports CEO Armin Sageder and Snaitech CEO Fabio Schiavolin joining the company in recent years.

“It is a good example of how the industry developed and the journey that the industry is on. I think the judges chose well and it is in context,” summarizes Weizer.

Ince has served at Playtech for over seven years and Weizer credits him with masterminding the company’s entry into 30 regulated markets. Meanwhile Dragicevic’s entry is indicative of the industry’s push into data analytics and responsible gambling.

“What makes Playtech what it is, is not its technology,” concludes Weizer, “it is its people. It is the people who create the technology and not the other way around.”

Now is the chance to thank your bosses, colleagues and friends by nominating them for the Hot 50. Who do you think has helped their company to outstanding success in 2020 or has it well positioned for the year ahead? Who will be influential in 2021? Nominate them today by clicking here. The nomination period ends on 7 October.

The Gaming Intelligence Hot 50 of 2021 is brought to with the kind support of NetEnt and Red Tiger as principal partners, and Playtech as sponsor of the Leadership category.